I recently watched a video by Joseph Levesque on the Apostolic Game Designers channel calling out what makes a “bad” Christian video game.

I agreed with a lot of his points, as many people undoubtedly would, but there was one point that I feel bears some rebuttal.

He argued that Christian video games have a bad reputation because of their low production value. Now, I freely admit that my game doesn’t cost a lot to make. I use a simple game engine because I’m not a programmer and some stock artwork because I’m not an artist. Neither do I have the money to pay a team of designers to make my game for me.

Does that mean that I made a bad game? What’s a hobbyist to do?

The Problem of Comparison

A game only has low production value when compared to another game. But what if you’re not comparing your game to someone else’s work? How does it stand on its own merit? Is it fun to play? Does it keep the player’s attention? If so, then you’ve done what you set out to do.

If you don’t have the talent to make a Triple A game, should you abandon your project? That would be like telling an adequate-but-nothing-special singer that they can’t join in the church choir. Is the goal to have the most impressive choir or to let people use their talents (little though they be) to praise their God?

I’m reminded of the verse that says, “Who are you to judge someone else’s servant? To their own master, servants stand or fall. And they will stand, for the Lord is able to make them stand” (Romans 14:4).

Only God can judge that average singer, and only God can judge your efforts in making a Christian video game. What others see as poor production God sees as honoring Him. Use what talents you have and forget those who would judge you based on the abilities of someone else.

What is a Bad Christian Video Game?

Bad is not low-level production. The Bible, after all, is very low-tech with low production value, but it’s still very effective. Even today, people learn from it without criticizing it for having poor production.

The only truly bad Christian video game is one that’s made with wrong motives. There are companies that create games not because they’re Christian but because they want to capitalize on the Christian market. “Hey, Christians, I made a game that has the word ‘Jesus.’ Pay me.”

That’s not a Christian video game even though it has Christian elements in it.

What to Do as a Christian Hobbyist Video Game Maker

Finish the Race! First of all, keep going! If God’s laid a project on your heart, see it to fruition. As Joseph Levesque (the video maker I mentioned above) noted in another video, there are many Christian video games that never reach completion.

One of the reasons people fail to finish their games is because they’re trying to make something with too high of a production value. They can’t maintain their momentum or the funding to keep the project going.

But if you’re a hobbyist working at relatively low cost, you won’t have as many problems as someone wanting to launch that large-studio project. It’s all on you, but at least you can finish your project.

Be Creative. Second, make the game that you want and can make. That’s what being an indie developer is all about. Don’t compare yourself to other game companies. Don’t imitate others for the sake of imitation. Carry out the artistic vision that God has given you with the talents that you have. 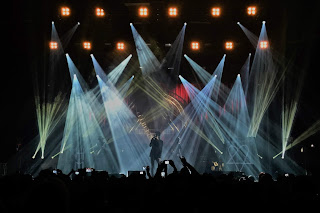 Practice Humility. When your game is finished, be humble and don’t present it as something that it’s not. Your production value will be lower than big name studios, so don’t charge big name prices. Don’t tout your game as innovative or “industry-changing” or as the greatest game ever when it’s probably not. Simply present it as an offering to the Lord and to the Christian gaming community.

Don’t expect fame or success for your hours spent in making the game. As Jesus said, “Will he thank the servant because he did what he was told to do? So you also, when you have done everything you were told to do, should say, ‘We are unworthy servants; we have only done our duty’” (Luke 17:9-10).

You’re making your game for God’ s glory and the good of the Body, not for any recognition. Don’t expect it, and don’t let anyone tell you your project isn’t good enough. You did your duty, and that’s all God asks of you.