In Alpha/Omega, you'll play through the major events of the Bible, gather a party of angels, animal companions, and followers of the faith as you fight off real-life temptations in spiritual combat and explore a variety of game-inspired dreams.


Play the Demo online to see what it's like! (PC controls) 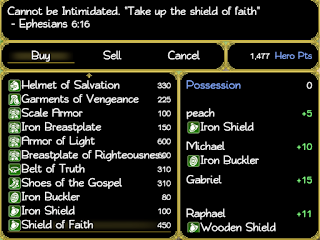 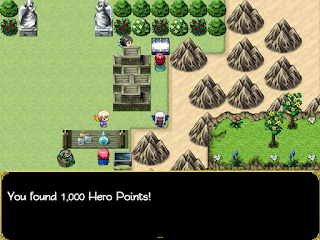 To retrieve your Hero Points and item, go to Heaven's Courtyard and open the chest that you find there. You will reach the courtyard toward the end of the first chapter, Lucifer's Rebellion, or you can Quick Travel to the courtyard from the computer game menu in your character's bedroom after you have completed the first mission.

The first chapter, "Lucifer's Rebellion," is fully complete and playable, including Replay modes. Players can expect approximately 1.5 hours of gameplay with this first release. The rest of the major events of the Bible will follow in free content updates. In "Lucifer's Rebellion," one of the angels is trying to take over Heaven! Defeat him and prove your ability to guide your ancestors in the faith through each generation.

Build your party and level your characters the way you want. Enjoy the strategy of a robust combat system with powerful skills and items. Revisit your favorite missions and areas in Replay mode.

The next update will bring us to Creation where one of our Fallen Angels will have a very bad day, we'll meet Adam and Eve, and collect a few new companions and items. But beware; there's a snake in the Garden!

Future updates will allow players to farm, raise livestock, hunt, mine, craft, and eventually manage a kingdom in a Biblical setting. 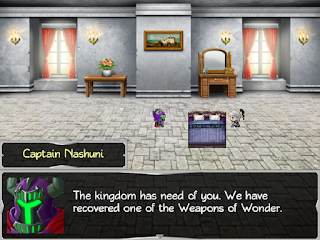 Our main character, Mindy, has added a new arcade machine to her décor. It provides the Wield side game, an exciting action adventure with puzzle-like strategy.
You’ll play as Sir Stephen, a brave knight on a quest to gather the 10 Weapons of Wonder. Each Weapon has a special ability. On your first playthrough, the King of Dwannin gives you the Shining Star, which will make key opponents willing to negotiate with you.
After you complete Wield with that first Weapon, you’ll be able to replay the game, choosing it or any of six other starting Weapons. When you make a different selection, different enemies will also receive different Weapons. In all, there are 40 enemies across 7 playthroughs that might have a Weapon. 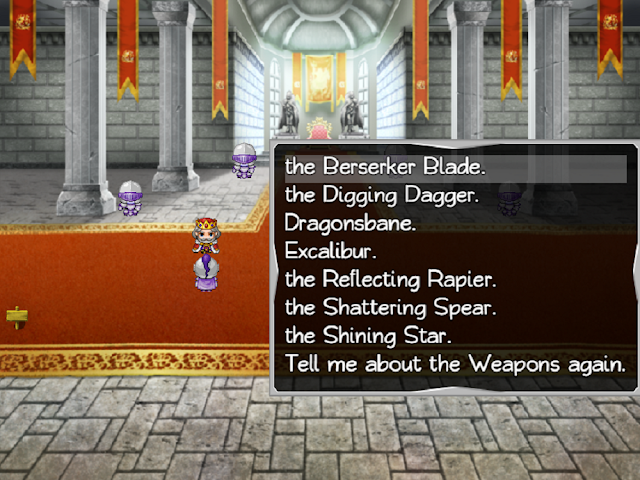 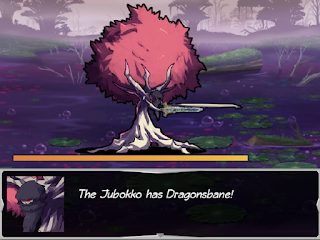 Wield represents a different type of gameplay within Alpha/Omega. There are no turn-based battles, no menus to navigate, items to use, or abilities to master. The fun of Wield is figuring out which enemies have which Weapons and choosing your strategy for how to face each one, only once you have the Weapons to defeat them.

Each playthrough will take an hour or two, and any Hero Points you gain in Wield will transfer over to your Alpha/Omega game.

You’ll be able to play Wield once you complete the first chapter of Alpha/Omega, Lucifer’s Rebellion. So, if you haven’t already defeated Lucifer, what are you waiting for?! Get on it and put that devil down!


Lock in Your Price!

The regular price for Alpha/Omega will increase when we reach certain game content milestones. Our goal is to reward players who join us early while always keeping the price fair for newcomers.

Alpha/Omega is written from a distinctly Christian perspective. We hope that both gamers who share our beliefs and those who are simply looking for an EPICALLY good story will enjoy it. Alpha/Omega is inspired by Scripture, Christian tradition, and the creator's imagination.

Have you noticed a bug? Want to ask us a question or leave a review?

View the list of technical, graphic, and musical artists who contributed free assets for Alpha/Omega.

Download the Soundtrack!
(Steve was the guitarist for Paragon and the producer for Rogue Blues Band. You'll see more of both in future updates. Enjoy!)