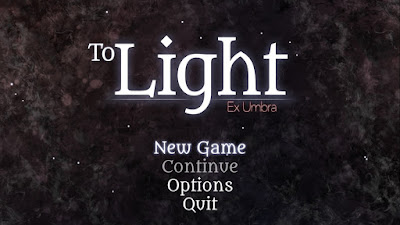 About To Light: Ex Umbra
To Light was created using RPG Maker MV by a small team calling themselves Branch Games. They successfully raised funding for the project via a Kickstarter campaign.
The set up for the story is that the queen of the land may not have the best interests of the people in
mind, and your job is to protect and help the princess. But before you can get any real idea of what’s going on, you need to chase an overly fed chicken to feed your hungry belly. You track the chicken to a hut deep in the woods… and it’s then that the story gets really interesting.

Pros
When you start To Light, you get the option to play it on regular (Normal) or easy (Story) mode. If you don’t want to do a lot of battling, put it on Story mode because the random battles are quite frequent on Normal. 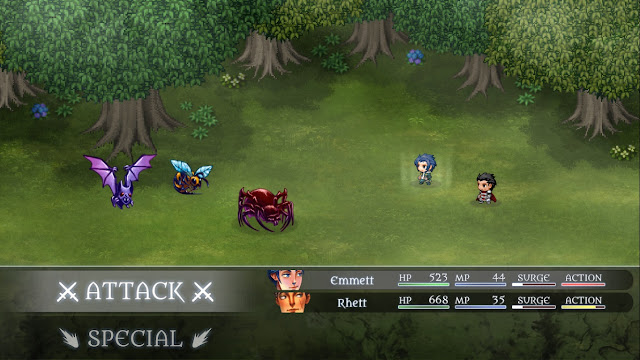 The original music is fantastic for setting the mood of the game, and the story is very well-written with natural dialog and ample characterization. 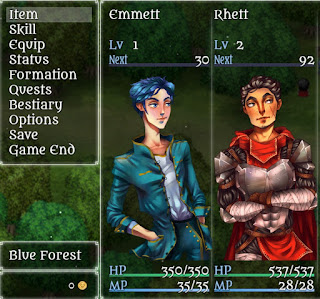 From a technical standpoint, Branch Games makes good use of the RPG Maker program and third-party plugins to customize and streamline their game.

And, being a Christian game, it’s a clean game, though it will take some time to get any definable Christian content.

Cons
It takes quite a while to actually start playing the game, as you watch a fairly long opening for the credits and an intro for the story. As I said, though, the intro is well-written, so I don’t want to complain about the opening sequence too much. It simply takes a little patience to get through.

As much as I appreciate the original artwork for the characters, they’re also static. They all have only one expression, no matter what they’re saying.

I've been playing Normal mode, which includes the random battles, and I have to say that combat is not challenging at all. It would be more exciting if I felt there was a real possibility of losing a fight.

And as good as the music is, the sound effects are a little piercing. They’re the default RPG Maker sounds, which can be somewhat annoying, in my opinion.

Who Should Play To Light: Ex Umbra?
Because Branch Games designed To Light with both a normal and casual mode, it should appeal to a wide audience of gamers. If you don’t mind the retro-type graphics of RPG Maker or taking a little time to get into the story, I encourage you to give it a try.

At $10, it does seem a little pricey, though, so I’d recommend adding it to your wishlist and picking it up when it goes on sale.

To Light is available on Steam.