Greetings, role players! Let me tell you about my experience with Holy Lands RPG!

About Holy Lands
Holy Lands is a tabletop RPG, meaning the style of game is similar to Dungeons and Dragons. You create a character with various skills and stats, and role-play him or her through an adventure narrated by a group leader called the Racmaster. The “Rac” facilitates the game and the raconteur between players.

I’ve been playing Holy Lands for close to a year now, and it’s left me impressed in every facet. I started with the Lite edition (available as a free download), skimmed through the full versions of 1st and 2nd Edition, and am now playing a game using the Trinity (3rd Edition) rulebook. 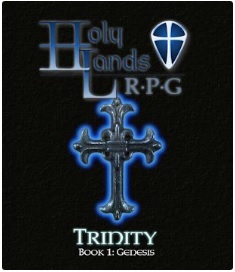 Pros
Holy Lands is written by Christians largely for Christians. You are expected to play your character as if they were Christian men and women. You also struggle with sins, and your fellow players can help you overcome temptations.

The setting is medieval Europe, so there’s a lot of room to play fantasy-type characters and have them fit right into the world. You can fight demons and evil monarchs and be as historically accurate or not as you want.

Within the medieval setting, you have a variety of classes you can play, all with their various strengths. You can play anything from a Bard to a Cleric to a Devil Hunter to a Saint to a Spy. And, though all human, you can create your character with distinct statures (a replacement for fantasy races), including Weefolk on up to Giantfolk.

With any well-constructed tabletop RPG system, Holy Lands also allows you to customize your stats and skills with a wide range of abilities, including Faith points and different types of Miracles. There’s also plenty of gear to equip. I've included a blank character sheet at the end of this post so that you can see what I mean.

The combat system is unique and robust while still being easy enough to understand.

All you need to play is a copy of the rules, a Rac to run the game, and another player or two to join your party. After that, you can play anywhere—in person, in a Facebook group, via Skype, on Slack or Discord, or by email thread. Play live or write your character’s actions and wait for the rest of the group to respond.

And speaking of which, the rulebooks themselves are well-written and nicely illustrated, serving as worthy additions to your gaming library. 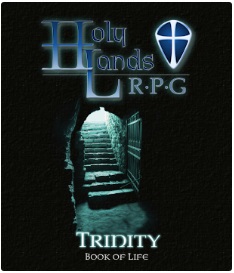 Cons
The Trinity Rac guide (Book of Life) gives you some brief story ideas, and a membership to the website gives you access to maps and other resources, but the company hasn’t yet written a full adventure that for the Trinity edition that Racs can use to lead their players through. That means that the Rac is going to need to put quite a bit of work into preparing the story. It also means that the story is going to hinge a lot on the Rac’s creativity.

You can find a couple of pre-written adventures for the older editions on the Holy Lands Facebook group page. Looking through them will give Racs an idea of how to structure their stories and, of course, if you’re playing the older editions of the game, you’re free to use those adventures.

So, to summarize, what’s available is great; I simply wish there were more resources written to help people start a game or play different pre-generated adventures.

And while not a detraction for me, I did take a couple of points off for ease of use because there is a fairly lengthy rulebook to read that will deter some players from wanting to get into the game.

Who Should Play Holy Lands RPG?
If you enjoy getting into character and don’t mind rolling some dice and reading the relatively short rulebook (compared to other tabletop RPGs) to understand the basics of the game, give it a try.

Some people don’t like playing tabletop roleplaying games because it can take multiple sessions to get through one adventure. If that’s you, don’t play a long adventure. Have fun with the structure of the game playing short adventures that don’t last longer than a session or two.

And because you can play in person or with a remote group, there’s nothing stopping you from getting started in a game. You can even play for free if you don’t care to start with the newest edition.

If you do want the Trinity player’s rulebook (Genesis), it costs $18 for a physical copy and less for a PDF version. The player book and the Rac guide together cost $30. Visit the Holy Lands site to purchase them. If you’d rather sample the earlier editions, go to the Holy Lands Facebook group and click on files to access the free downloads.

The Outlook for Holy Lands RPG


I don’t think this game is getting as much attention as it should. It’s in its 3rd edition now, though, so the creators seem to have the drive to keep it going. Let’s hope more Christians embrace the game and grow the audience for it.

(Note: There's a Quick Character Generator on the Holy Lands website you can use if you'd rather not fill this all out yourself.) 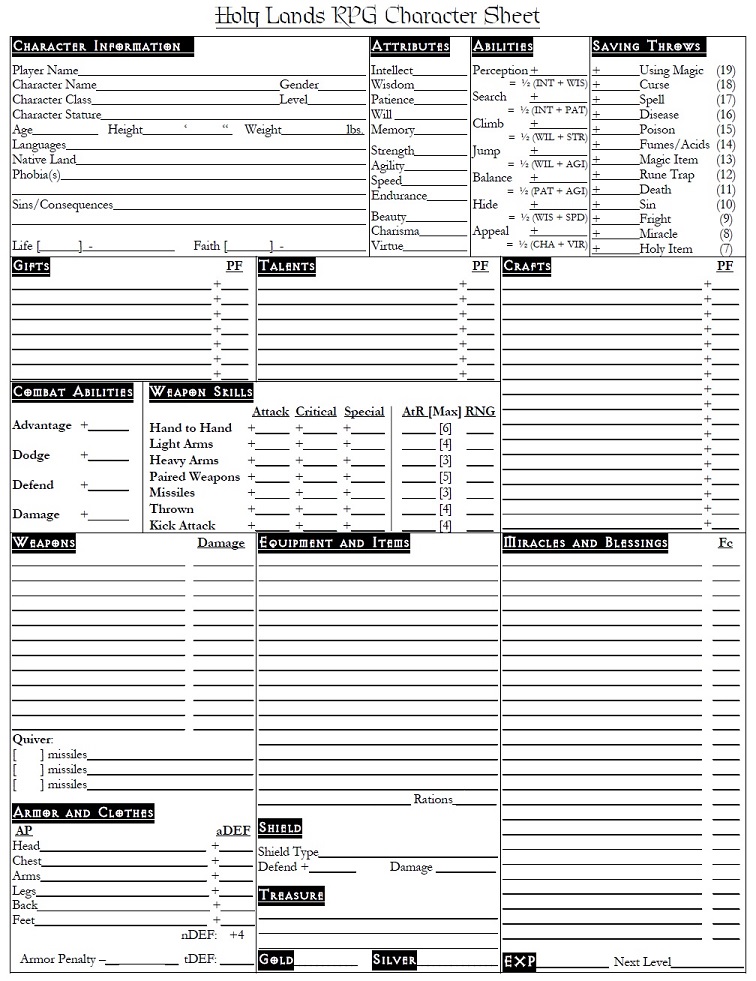 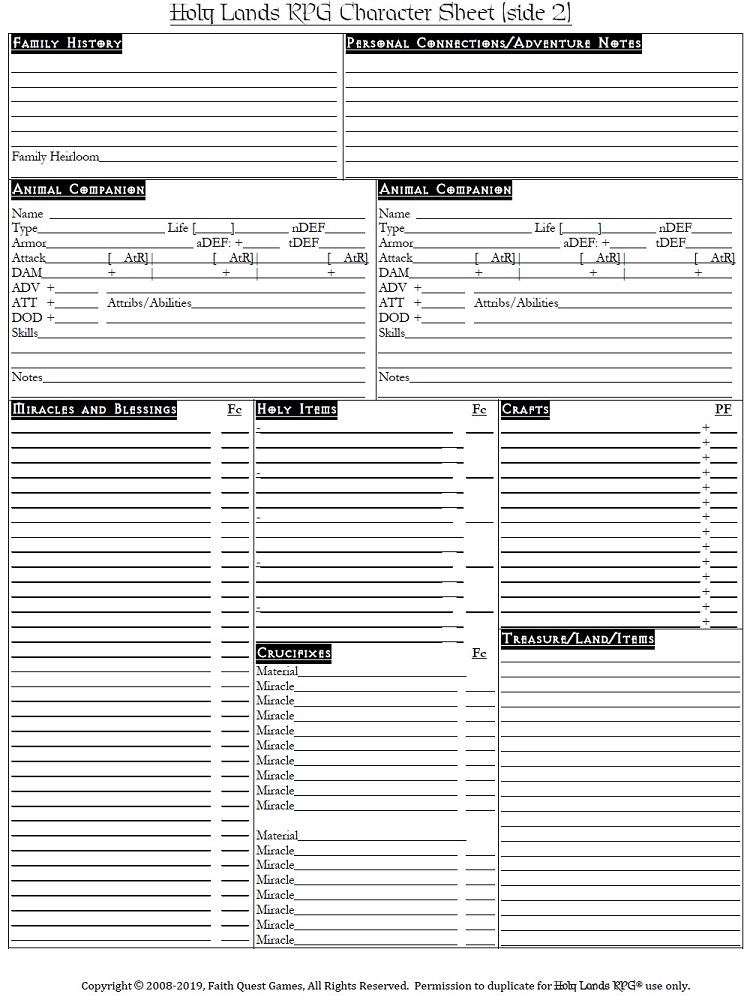