Review of the Superbook Games 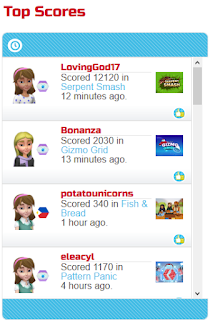 Hi, friends! I don’t normally review very short games, but because Superbook has had such a strong reputation for decades now, and because they have a lot of games on the website and app, I thought I’d do a quick review of all the Superbook games.

I’ve categorized the games by Speed and Coordination, Matching, Quizzes, Strategy, and Devotional.

Superbook Games Most Worth Playing

Some of these games are only for kids, such as the Fish and Bread counting game, but I found most to be fun for adults too.

After reviewing all of them, here are my general impressions of the Superbook games. First, the music, sound, and graphics are great. Everything is clear to see, the music and pleasant, and the sounds have a fun cartoony flavor. I also enjoyed the pacing. Most of the games move very quickly, and none of them are long enough to get boring.

Most of the Superbook games could use better explanations, though. When you start the games, they do give you a little bit of an explanation of what you’re supposed to do, but I was often left wanting more information. Sometimes, I didn’t know what buttons to push and had to lose the game a few times while I experimented with the controls. I also found most of the games to be rather unforgiving. If you mess up once, you have to wait for the game to reload and start over.

Replay value is middling. You can have some fun replaying these games until you master them. After that, they get predictable, and you probably won’t need to play them again. There are a few exceptions, though, such as the Bible Explorer Card Game. And the site as a whole does have quite a bit of replay value as each game is different. As of now, there are 21 games, plus the games you play in the Daily Devotional.

The content was seriously lacking. Most of these games are based on a Biblical theme, but don’t tell you anything about the story or give you any application while you play. Others have nothing to do with the Bible or Christianity. They’re simply mini games using the Superbook characters. A few give you a premise to the game, but there’s no story in any of them. With such fun games based on a Bible video series, it seems to be a lost opportunity not to reinforce a Biblical message.

David, Sheep Protector. David moves clockwise. You have to click on the bear or lion when he’s facing it. If you miss, the enemy gets closer, and if they take your sheep, the game is over.

Dove Quest. Make the dove jump over or duck objects, but one hit and you’re done.

Escape to Egypt. Pay attention to timing so that you can avoid the guards’ light. Sometimes, there’s more than one guard. If they shine their light on you, you have to start over.

Gizmo’s EmbARK. Some animals fell out of the ark. Play as Gizmo jumping across a side scrolling landscape to collect them. They’re on different levels, so you have to play a few times to find the best path. If you fall in the water, you lose one of the animals you collected.

Gizmo Grid. In this version of ski ball, you swipe your screen to make the balls roll. The touch control isn’t very responsive though.

Sepa / Rate. Move sheep and goats into their respective pens, but avoid the lion that comes to steal them away.

Serpent Smash. Click on the serpent in the tree and avoid clicking on other animals. The speed increases to give you a challenge, and then multiple serpents appear. If you miss one, or if you click on another type of animal, you’re out.

The Great Fish. Like Dove Quest, you have to make the fish avoid obstacles in the water. One mistake, and this fish is sleeping with the fishes.

The Lost Sheep. Click Gizmo’s hand up or down to avoid hitting obstacles as it moves across the screen. Your goal is to collect the sheep that appear. One hit, and you’re done.

The Torment of King Saul. Play as David playing the harp. Match the notes when they hit the string. It’s a lot like Guitar Hero or other rhythm touch games. Two misses, and your music is too discordant.

The Weed Eater. Click on weeds before they move off screen. Miss one, and you’re gardening days and done.

Bug Out. Match different colors of bugs to clear the board and advance to the next level. See how far you can get in 5 minutes.

Cake Match. Match different styles of deserts to make them all disappear.

Eden Garden Adventure. Click on animals and apples to get a match before they move. You have to be fast and you only have 1 minute to see how many you can get.

Fish and Bread. Count how many fish and loaves each person has in their basket and then click the fish supply basket or the bread supply basket to balance how many they have. See how many people you can feed within 1 minute.

Gizmo Matches. Click on the animal icons to make matches. Make as many matches as you can before time runs out.

Harvest Rush. Swipe 3 or more crop squares for points. Don’t touch the fallow fields or the young plants. You have two minutes to collect as many crops as you can. There’s only one level, unfortunately.

Treasure Hunters. Match different gem blocks on a pyramid to make the pyramid disappear. You have to rotate the pyramid to see all the blocks and you have to work your way from the outside in. You get 5 minutes to make all the matches.

Pattern Panic. Different shapes appear on the screen. Click on them in the order they appeared. It gets a little more challenging as you go because more shapes appear, and the sequence you have to remember gets longer.

Bible Explorer Card Game. You get to choose the difficulty level for this one. Then, you place cards of Biblical events, people, or objects to score combos. There’s an interesting strategy to the game, and you could play this one for quite a while before it got old. Your goal is to score more points than Gizmo playing the game beside you.

Every day, the site picks a new Bible verse that you can read. Then, you can answer questions and solve a couple of puzzles. Again, there’s no application or commentary to help you understand the verse, but it does encourage kids to think about it.


Have you spent any time playing the Superbook games? What do you think of games like this? Comment below!