What is a Christian Video Game?

The following categories apply to all of the above.

Categories of a Christian Video Game 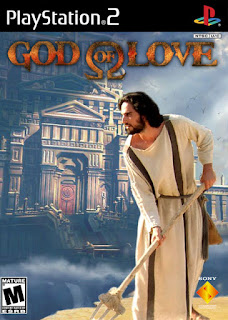 Is a Christian video game...


Let's consider each of these possible qualifiers.

I'm thinking here of video games that feature angels, demons, God, the devil, crucifixes, clergy,
Scripture, etc. but without a strictly Biblical understanding and portrayal of these concepts.

There's no doubt these elements can add mystique and a rich mythos to various genres of games. And they could arouse people's interest into looking at what these concepts actually are. But I don't think many people would qualify a game as Christian merely because it includes concepts from or references to Christianity.

A Christian might get excited to hear a game refer to Adam, the archangel Michael, or even Lucifer as validation for their beliefs. Unfortunately, though, most game developers that include these Christian characters respect them as legendary characters only. They don't believe that they were and are real people that acted in actual history. They, therefore, feel justified in taking as much creative license with these persons as they want. They can portray them in any way that best suits their story, rather than staying true to the Biblical story.

Other games include crucifixes and holy water as magical items. Sometimes, clergy members are portrayed as wizards, fools, hypocrites, or downright evil characters. You might be able to defeat the demons that you face by human power alone or by a special power that doesn't come from the authority God gave us over such creatures.

And that's the danger of games inspired by but not true to Christianity. When people play these games, they are passively absorbing a message about the religion that simply isn't true. What they see in a game helps shape their opinion of the Bible, God, Christians, and the Church.

The Bible tells us to do all things to the glory of God, right? And many Christians who are working on video games feel that their work is honoring Him. One writer said that an hour spent in God-honoring labor is an hour spent in worship. I completely agree. But...

When a Christian works on a project that isn't explicitly Christian, their worship is a private matter between themselves and God. Those who play the game will have no way of knowing that the developer or publisher is a Christian unless the creator tells them so. And while the Christian player might rejoice with you in your creation of a quality product, they won't be edified in any other way. In short, it's a Christian act of service for the game maker, but it doesn't qualify as a Christian game for anyone else.

I would also add that God is not honored by content that dishonors Him. So, even if a Christian game maker is seeking to honor God with their labor, they need to be very discerning when it comes to what type of projects they will work on. If a game's content tempts people into thinking impure thoughts or gives them a false view of the world and the God who made it, the Christian will actually be dishonoring God with their product.

There are plenty of games that don't have any objectionable material. They might be puzzle games,
word games, FPS games (wait, scratch that one), or various types of simulators. A Christian can enjoy having good, clean fun with no worries.

But does Christian-friendly mean Christian?

Again, I would say that unless a game inspires or strengthens someone's faith, it doesn't qualify as Christian. It's just neutral. That's a lot better than portraying false ideas, tempting images, or sin-simulating game play, and there's nothing wrong with Christians making or playing these games. But let's not call them something they're not. There's nothing that sets them apart as being Christian.

My opinion is that a Christian video game encourages someone to have faith in the real, Biblical God or strengthens them in the faith that they already have. The game should be as true as possible to Scripture and authentic Christianity. Yes, filling in gaps in the Biblical narrative for the sake of gameplay is sometimes necessary. And, no, there's nothing wrong with showing a Christian making mistakes or referring to the historic and present sins of the Church...

...As long as the game doesn't contradict Scripture and balances non-Christian behavior from individuals or organizations with authentic Christian behavior. If, for example, one clergy person has the wrong attitude, show another one who has the right attitude. Don't demonize Christianity in your attempt to point out the flaws that you see in others.

The goal is to bring newcomers to Christ or ultimately encourage those who already believe. Christian game developers can do that in a variety of creative ways. The most popular has been telling Biblical stories, and I'll admit that's the route I've taken with my first offering into the Christian game market. But Christian developers should feel free to explore any genre or subject matter provided they do so in a truly Christ-honoring way.

The Call to Christian Developers and Gamers

Now, it's time for more developers to make truly Christian video games and for Christian game players to support them.

Christian devs need to eat, and you might need to work on games that aren't explicitly Christian to pay the bills. Just make sure the projects you work on are of the neutral variety. And as you're able, lend your talents toward Christian projects.

Together, we can spread the truth of Christ in this largely secularly-dominated form of media.

Where to Find Reviews of Video Games for Christians

You can stay on top of what Christian video games are coming out on these websites.


These sites provide great reviews of video games from a Christian perspective.