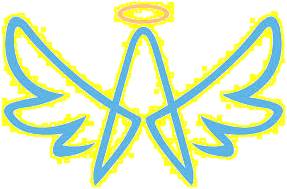 As you're playing the Christian video game, Alpha/Omega, you'll notice that your angel party members are a little different than what you probably imagined them to be.

Character-izing the Angels for the Christian Video Game

Here are a couple of questions we (my wife and I) asked ourselves when we were writing the angels:


Some of those questions are pretty heavy. Some we can't do anything but speculate on. Here's what we came up (you're certainly free to disagree with us).

The angels who remained faithful to God during Lucifer's rebellion are perfect. They never sinned in the sense of rejecting God's authority. That doesn't mean, however, that they're emotionally mature. They have experienced very little in their lives up to the point when we meet them in the game. They've never known tragedy, disappointment, betrayal, or pain. They've lived in perfect harmony with the Godhead and each other since their creation. They might not know what to do or feel when things go wrong. They might not understand the new emotions brewing inside them. They're like children experiencing new things.

The angels are also unique creations with their own personalities, so each one would react differently.

Michael is discovering his talents for battle and being a defender of the faith. He can take that too far, though, and get caught up in the spirit of battle, forgetting the tragedy of the violence he is committing. His righteous anger and adrenaline crowds out his ability to feel compassion. But like His Lord will one day do, he self-sacrifices for others. He's also the best equipped to take a hit with a higher Life. He relates to God as King and feels that he must uphold his sovereign's honor. Do you feel offend when people insult your God? You might be a little like our version of Michael.

"Gabe" is known in Scripture as a messenger. He speaks to Daniel and to Mary in the Bible. Our Christian video game version of Gabriel takes his IRL role as inspiration and sees him as a bit of a chatterbox. He's very excited about the humans and relates to God as Creator. He's in awe of everything the Creator does and is eager to serve. He has the ability to Inspire his teammates and Distract his enemies by talking to them. His joy and excitement can be temporarily quashed, however, when he gets confused or feels betrayed. Can you relate to Gabriel's zeal in learning new things?

Raphael shows up as a healer in the Book of Tobit (we're not getting into a question of whether the book should be considered Scripture here). He has a deep longing for peace and reconciliation. He is burdened by others' sin and wants to see them come to repentance. Do you have such a longing? Raphael exercises his passion by Healing and Encouraging his fellow party members. He feels closest to God when he thinks of Him as a Teacher.

Though not mentioned in Scripture, Uriel is known in Christian tradition as an angel of punishment. Our Christian video game version has her as the only female in our party so far (besides the main character). Punishment from God is always meant to bring the offender to repentance, but what effect does the punishment have on the punisher? Our Uriel character feels the weight of her actions while still acknowledging that she is carrying out God's will. She is the only angel in the first chapter without the ability to Encourage others. That's because she needs a little encouraging herself. As a punisher, she does have the ability to bless her teammates and make them hit a little harder.


Which angel is your favorite? What do you think is the best party configuration? Let us know in the Comments!