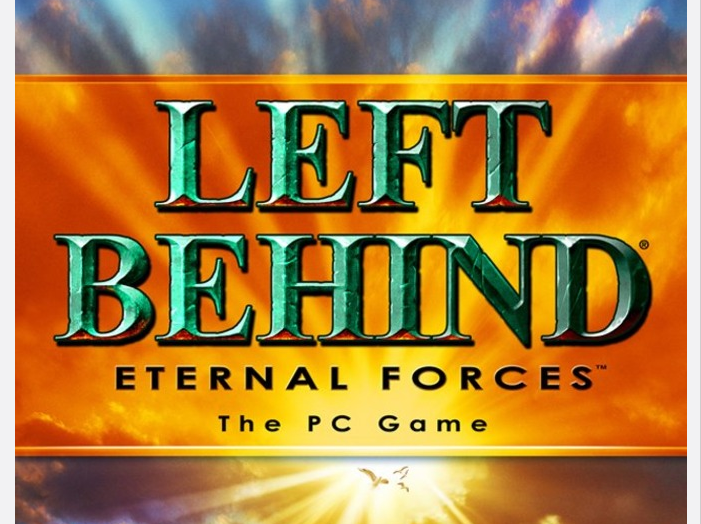 Left Behind: Eternal Forces is a Christian role-playing game, created by Left Behind Games. Based on the series of popular Christian novels, going by the same name, there have been two Left Behind Christian video games released (so far), as well as expansions.
Battling the Antichrist is bound to get violent at times, earning the game’s “T for Teen” rating. Keeping with the Christian RPG theme, however, there is no gratuitous violence, gore, or explicit content.
Focussing mostly on problem-solving, Left Behind: Eternal Forces has a great premise and the promise of good exercise for your mind and spirit. The Tribulation Clues (quests) are designed to get players considering ideas of “eternal importance” and, later, how to save as many souls as possible from the forces of evil, led by the Antichrist.

Pros
The graphics for this Christian RPG are phenomenal for the year that it was made. While it’s a fun (if violent) game, it gets Christians thinking about the end times, and the Rapture, and why you wouldn’t want to be left behind. Tying in with the book series published by Tyndale House, readers of the series will be introduced to the world of Christian video games, and gamers will be introduced to Christian reading.


Cons
When the Christian RPG came out in 2007, the developers weren’t expecting the backlash they received. Initially being pegged as promoting religious violence, intolerance, and bigotry, the game certainly received a lot of bad press.

The interface is something that most will struggle with. While I would compare the concept of the fighting interface to the game Warcraft, there are definite problems. It’s difficult to keep your team on task, and some of the camera angles are less-than-helpful.


Who Should Play
As there is a fair amount of violence, this is one Christian role-playing game that isn’t meant for younger children. It’s rated T for Teen, and that’s where I’d leave it—at ages 14 and up.

There were many who, when this Christian RPG first came out, were accusing the creators of many things, without having even reviewed the game. If you are offered these opinions, ask the person saying them if they’ve personally played the game, and invite them to do so. A free trial is available from the Left Behind Games website, and you can still purchase it on disc.