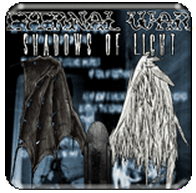 In the Christian first-person shooter game, Eternal War: Shadows of Light, you’re playing as Mike, a friend sent from God to save John Coronado. John has been possessed by several demons and is so distraught from his life of poor choices and traumatic events that he’s considering suicide. Inside of John’s mind, Mike hasn’t a lot of time to help John overcome his demons — both literal and figurative. It’s widely assumed that Mike is the Archangel Michael, sent by God.

In this Christian video game, John Coronado is a teenager who has lived his life growing further and further from God until he’s convinced that the Lord has abandoned him. As a result, he turns to demons, who end up tormenting him until he’s anxious, angry, and depressed. He’s running out of time.

As Mike, you go inside John’s mind. While discovering what happened to cause John to turn from God, you must find and banish all of the demons that have taken his over mind and are trying to take his soul. Can you help John before it’s too late?


Pros
As with most Christian video games, this one has a lot of positives. You’re helping a young man in need, and when you’ve run out of energy, you can pause to pray. The action is in typical first-person shooter style and your weapons are always interesting and unique. The controls aren’t too difficult to learn and the game is easily navigated. A few of the other positive points to this Christian first-person shooter game include:

* There are a lot of different weapons to use when fighting the demons inside of John’s head
* The main weapon, Spirit Sword, can be used as a ranged or hand-to-hand attack weapon
* It’s a very challenging Christian video game
* It can be played as a multi-player Christian video game
* The graphics are clear and attractive
* There’s a ton of action and interesting puzzles


Who Should Play
This Christian video game has graphic violence and is rated T for Teen. While obviously Christian-themed, with demons and angels, God and prayer, it’s a game that anyone would find fun and challenging.
Posted by Rev. Stephen R. Wilson at 5:25 PM